The size of the public seating

Author: OSHUJIAN PUBLIC SEAT
The length of a common seat used by an ordinary person is 40~45cm, which is equivalent to a person's shoulder width of 44~45cm (the distance from the knee joint). The height of the seat is about 38~40cm, the backrest is 35~40cm, and the tilt of the seat should be kept within 5 degrees. This is the minimum size. As a public seat, it should be enlarged according to a certain proportion in consideration of the needs of users.
Proper seat height should keep the big cheeks level, small vertical, feet flat on the ground, the seat surface should not be too high, otherwise when Xiaosi is suspended in the air, the big cheeks will be pressed by the green in front of the chair, which will make the sitting person feel uncomfortable. Sitting like this for a long time The blood circulation is blocked, and the small numbness swells.
The seat surface should not be too low, otherwise the pelvis of a person with long legs will be tilted back, and the normal lumbar curve will be straightened, resulting in backache and discomfort.
One is that due to gravity, the torso moves back, so that the back rests against the back of the public seat to obtain support, which can reduce the static pressure of the back muscles.
The second is to prevent the sitting person from sliding out of the seat surface. The latter is particularly important in vibrating and bumpy environments, such as car seats and passenger seats in long-distance buses.
Because the human back is the most comfortable when it is in its natural form, and the lumbar spine is partially convex at this time, the seat design should try to ensure from the angle between the seat surface and the backrest and proper lumbar support. The center of the adult's lumbar spine is approximately 23-26cm above the seat, and the lumbar fulcrum should be slightly higher than this scale to support the weight of the back.
Under the circumstances that do not hinder the execution of certain pending tasks, armrests should be considered for general seats. The main function of the armrest is to rely on the arm to reduce the effect of the hand drooping gravity on the shoulder, so that the human body is in a more stable state. It can also be used as a starting point to stand up or change sitting posture.
The armrest cannot be too high, otherwise it will force the shoulder and neck muscles to be high; but if it is too low, the arm will actually be unsupported, or the torso must be skewed to seek support from one side. 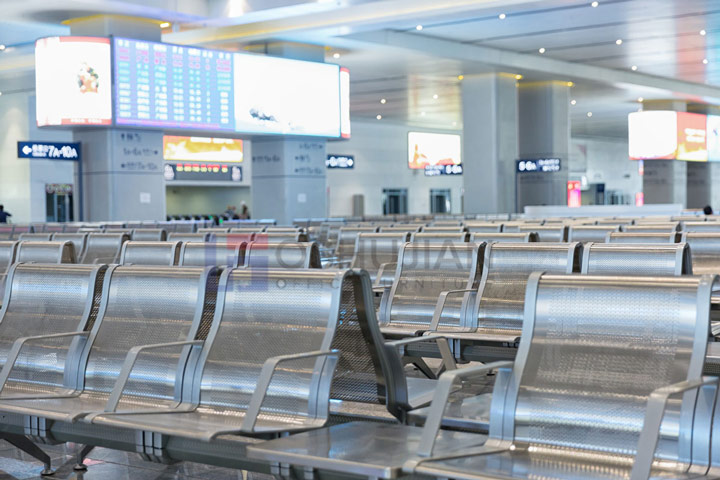 Share:
Next article : The status quo and problem analysis of hospital public chairs | Last one : Can PU waiting chairs be used in open spaces for a long time?
﻿